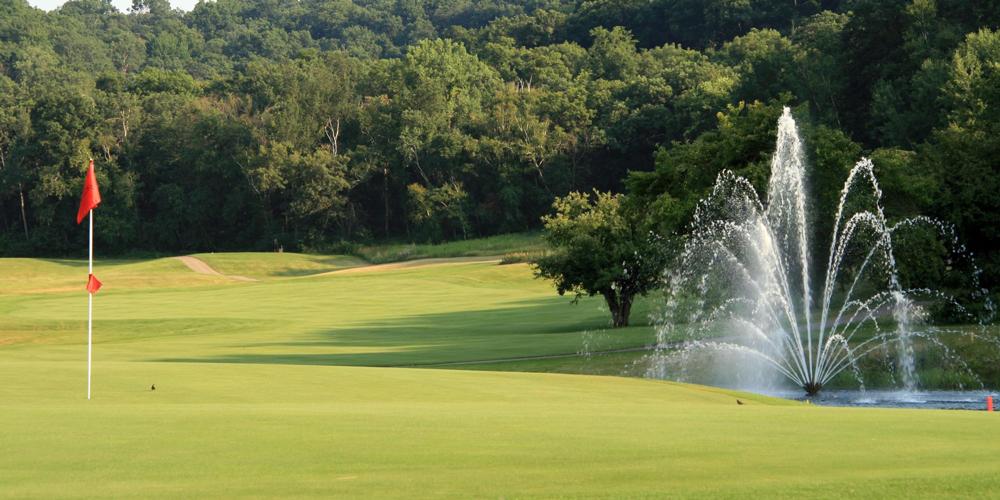 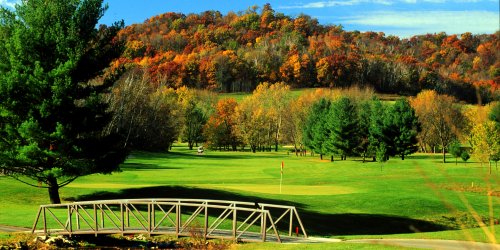 Welcome to the Rock

I admit it, I stole that catchy title from the hit movie "The Rock" starring Nicolas Cage, the underrated Ed Harris, and the legendary Sean Connery. Make sure when saying the line you use a thick Scottish accent like Connery to make it sound even cooler.

Speaking of cool, have you visited The House on The Rock Resort in Spring Green, Wisconsin lately? I hadn't been there since the Bush Administration (second, not first) and wow did I have an amazing time. Not only is the 27 hole championship golf course in outstanding condition, the entire property elicits copious amounts of style and grace.

The House on The Rock's original 18 hole layout was designed by the legendary Robert Trent Jones Sr. and was finished in 1971. Although Jones Sr. created over 500 courses during his remarkable 60 year career, only The House on The Rock (HOTR) and Madeline Island bear his name in the Badger State. Madeline Island's course features double greens ala St. Andrews, so one could say HOTR is Jones' only traditional golf course in the state. But there is plenty more than just a classic layout that separates The House on the Rock from the competition. "Not only do we have the only traditional 18 hole Robert Trent Jones, Sr. golf course in the state, but we also have a fantastic Andy North/Roger Packard nine hole course," stated Charles Chaffee, HOTR's Director of Golf. "We're set in the Wisconsin River Valley in the unglaciated southwestern part of the state, complete with beautiful hills and valleys."

It's those valleys, kettles, and moguls that will send goose bumps down your spine and lead you to wonder what amazing golf hole could possibly be around the next corner. The Trent Jones Sr. design is the perfect mix of tree-lined doglegs and open links style holes that mesh harmoniously into the existing landscape. But since it is a resort course, the 6567 yard tract is playable for all skill levels thanks to light rough and few forced carries. You'll feel far, far away from home when playing any of the HOTR courses, and isn't that the way it should be when you're on vacation?

As far as the Resort is concerned, it was designed by a Frank Lloyd Wright-trained architect, and has 80 two-room suites, all with patios or balconies overlooking the
golf course. The House on The Rock also has such first-class amenities as a relaxing spa, indoor and outdoor pools, lap pool, sauna, steam room, and whirlpool. Walking paths are also nestled in the woods throughout the property, but I recommend just following the cart path at dusk to get mentally prepared for an impending round.

Just off site is The House on The Rock Attraction, a collection of exotic, unusual, and unique objects that has been thrilling patrons since 1960. Displays of note include the Doll House Maze, The Streets of Yesterday, and The Spirit of Aviation. This attraction is a wonderful option if Mother Nature happens to interfere with your tee time while in Spring Green. For more information on a tourist stop you'll never forget, visit their website at www.thehouseontherock.com.

Back to the original 18, the rolling terrain affords the Jones Sr. design a bevy of memorable and challenging golf holes. The 202 yard par-3 second is complete with overhanging trees that gives off the feel of the antebellum south. The hole also features a tricky green that slopes towards the water guarding the left side of the putting surface.

The best of the best on the front nine according to Charles Chaffee includes the 375 yard, par-4 5th hole. "The tee shot is very narrow, reminiscent of Augusta National. You must hit a very straight shot off the tee to avoid tree trouble right and left. Overall, it's a really solid hole from start to finish," explained the 3rd year Director of Golf. From the do as I say, not as I do category, please do yourself a favor and hit something other that driver off the tee on this hole. I made a sloppy bogey by flailing my drive into the right trees instead of hitting 4-wood and having a 150 yard clear approach into a benign green complex.

Both par-5's on the outward nine are roughly 500 yards and do give the player the ability to knock it on in two depending upon the quality of your drive. I personally love the 498 yard, par-5 8th. A great visual greets you off the tee followed by a stunning bunker configuration leading up to the green. Make sure you take in the robust smell of pine as you walk up to the green thanks to a bevy of tall timber directly behind the putting surface.

Charles also loves the lucky 13th at HOTR, a 426 yard par-4. "You must hit your tee shot straight or draw the ball to use the slope to maximize distance. The hole plays back into the end of a valley just before you turnaround and head back toward the clubhouse. It's one of the most peaceful holes on the entire golf course," said Chaffee. The hole Charles just described enters a stretch of I believe to be the best on the property. Holes 13-18 are scary good - a six hole combination you'd expect to find on a PGA Tour course.

The 532 yard, par-5 14th is gorgeous from the get go and doesn't let up until you've putted out. Water sneaks in from the right at the 75 yard mark and will make you think twice about going for it. The proper play is a 200 yard layup to the 100 yard mark so you can attack the large green with a full swing.

After two mid-range par-4's, #15 and #16, the 183 yard par-3 is one of the best short holes in the Badger State. A 34 yard deep green that's surrounded by trees will make you take a second look before pulling the right club. The shade laden green may wreak havoc on your depth perception, so trust the flag position and swing away. Left is far better than right as a sneaky bunker will trap any shot with problem leakage.

The only thing that's second about the par-4, 410 yard 18th at HOTR is that it happens to be the second-hardest handicap hole on the property. It's first rate in every other category. Your drive must be long and accurate as a pond that doubles as a ball magnet invades the entire right side of the short grass. The green shares a pin local with the ninth hole and forms one of the best backdrops in golf. A classic water fountain just left of the putting surface only makes this finishing hole better.

The North/Packard 9 hole tract was finished in 1992, the same time the resort was completed. The 3262 yard layout can be easily described as one of the most memorable 9 hole courses in the Midwest. The key to the North/Packard design is how it flows so seamlessly from the original 18. Both properties give off the illusion they were designed at the same time, a true credit to the North/Packard duo. Andy North, a Wisconsin resident and two-time U.S. Open Champion, discusses his love affair with the property. "Every project you work on is a little different, but I always go back to how great the land was from the first time I saw it. We didn't have to manufacture holes or move a lot of dirt. Our finished project was extremely natural and that's what I love about it," explained North.

The par-4, 363 yard 2nd is the most intimidating tee shot you'll find on a course not named Bethpage Black or Medina. Trees pinch in to reveal a 20 yard opening roughly 30 yards in front the back tees. Again, don't hit the big dog on this short par-4, as a carefully placed fairway wood/hybrid will leave a mid-iron into a large green with a bowl in the middle.

You'll be hard pressed to find a better a three hole stretch in the state than on holes six, seven, and eight of the North/Packard Nine. Director of Golf Charles Chaffee loves this triumvirate of holes as well. "Number six and number seven are very secluded with undulating fairways within a very relaxing part of the golf course. Number eight is on top of the hill, totally isolated from anyone else on the golf course and is a great hole late in your round," commented Chaffee.

Why is the North/Packard Nine such a tribute to the game and the perfect complement to the Trent Jones Sr. masterpiece? It's because Andy North knew what the end goal was from the start. "Robert Trent Jones Sr. is a leader in the golf course design business; we weren't trying to copy him in any way," concluded North.

So when it comes the courses at The House on the Rock, maybe not copying someone else's work is the finest form of flattery. 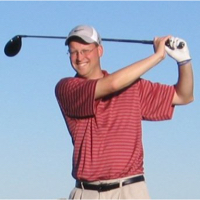 His duties at MGM include writing course features, facilitating product testing, and overseeing the overall content and look of the magazine. But clearly his most important task is playing as much golf as his wife allows. Fortunately for him, she plays also and loves out-driving him even with a 60 yard head start.

Glen plays to a 6 handicap but once set a record by having his ball retriever regripped 15 times in one calendar year. It was a December trip to Guam that ultimately did him in. Finally, if you haven't caught on by now, the two most worthy weapons in Glen's writing arsenal are self-deprecating humor and pithy one-liners.

My signature line, "Be A Force on The Course" and now more recently, "Hit 'Em Where They Mow!" can be reused at no charge. 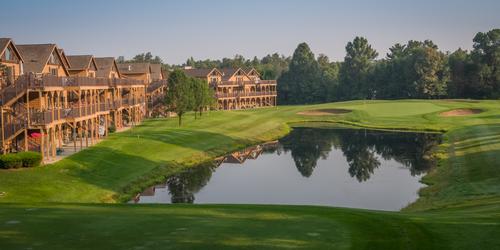 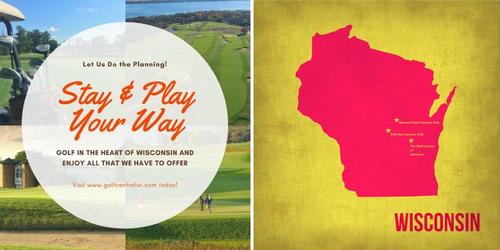 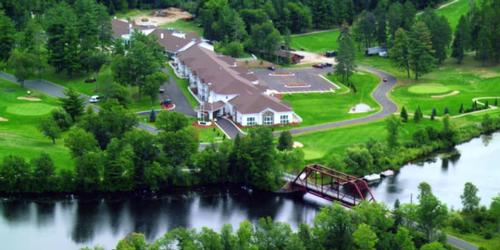 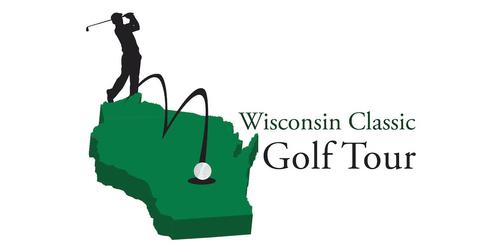